Taking reference from the remarkable story of Adelaide woman Gill Hicks, who lost her legs in the 2005 London bombings, Thursday explores the fundamental question of what it means to be human.

Beautiful and fragmented, this collaboration between Brink Productions (Adelaide) and English Touring Theatre (London) is poetic and ambitious in form and content. It layers dreams with reality, compassion with devastation, and identity with loss to build a deeply woven picture of humanity.

At the click of a finger, the lives of strangers are both knitted together and blown apart. Flawed and self-absorbed existences float in and around an Australian woman at the centre, who finds herself confronted by an horrific reality. Through this moment, Thursday unravels time to reveal the strands of unconditional love that bind us all, as strangers, together.

In the lead, Kate Mulvany is outstanding as Rose, particularly steering the shifts in tone and perspective in the latter half of the play. Lavery's text memorably captures particulars and feelings, celebrating the marvel of the city in working harmony and describing both the catastrophe and the selfless human response when it is rent by violence. She reminds us that we are all just atoms - but that we can also reconstitute and renew. These are good reasons why Thursday is a day, and a play, to remember. The Australian

Her characters are rich, genuine, and instantly recognisable… as skillful as the writing is, much credit must also go to the flawless cast. There were no light roles and everyone was called on to express the full spectrum of emotion from rage to joy. Director Chris Drummond has brought together a great many threads and woven them with such craft that you can’t see the seams. Thursday is at once touching, hopeful, horrifying, sad and funny. But mostly it is very, very human. This play should be mandatory watching. Arts Hub *****
… the sincerity of the acting, and our need to ask ourselves if we could have survived so well have created a theatrical event of significance.
The Advertiser
Visually this production is spectacular… Thursday is an excellent show… if you haven’t already made plans to see this work, I urge you to make time to check out this world premiere. The Barefoot Review
For top flight theatre, there will be few other productions that will come close to Thursday – anytime, anywhere – in Adelaide this year. Kryztoff ****1/2
Drummond’s acute directorial eye, and a cast of marvellous performers, lift the words from the page and create a powerful piece of top quality theatre, filled with emotion, and moving some of the audience to tears. Brink has a reputation for quality work and this collaboration with English Touring Theatre has proved extremely productive resulting in work that is not to be missed. Glam Adelaide
The writing by Bryony Lavery is excellent, with an in-depth foundation given to each character before leaving for the morning hustle and then bleak, and sometimes humorous, significant moments captured following. Director Chris Drummond has ensured every cast member shine in their diverse roles with Paul Blackwell, Tom Mothersdale and Kate Mulvany standing out in the talented cast., it was a touching, genuine and fascinating experience. Thursday is an absolute must see! Rip It Up
Brink Director Chris Drummond and playwright Bryony Lavery have crafted a compelling and compassionate production... Thursday is a strong and powerful piece; its sadness, humanity and sense of muscular hope stay with you. Adelaide Theatre Guide
Ultimately a meditation on the fragility of life, Thursday is a riveting piece of theatre… writer Bryony Lavery eloquently weaves elements of philosophy, science and spirituality into the narrative… an accomplished piece of ensemble theatre. Highly recommended. Stage Whispers
The play isn’t a factual retelling of Gill’s experience. Instead, her story acts as a springboard for a free-form exploration of universal themes; identity, chance, death, human interconnection, and love. Thursday is a unique, funny and touching tribute to Gill’s experience, which responds to an act of violence with an affirmation of human goodness. It is not to be missed. Fringe Benefits
Bryony Lavery (writer) has carefully woven a melodic, poetic script that is reminiscent of the Shakespearean era. Do not expect to walk away from this production feeling light and jolly—what can be promised is an insightful appreciation of the rancid darkness humanity is capable of, but also the bravery and hope we can achieve by uniting in harmony and love. Drummond has crafted a seamless diorama of the human experience, that is a delightful experience on all levels. Blaze Magazine
On stage, in Brink Production’s Thursday, the bombings reverberate through you, too, but it is raw emotion that shakes your seat… Indaily

As a work of art, it was the originality of the staging, the characterisations and especially the use of heightened language which made the play work for me. The result was demanding but exhilarating theatre... not to be missed. Canberra Critics Circle
Thursday is a play Australians will be hearing more about, I’m sure of it. Its depiction of relationships, grief and human nature give it a universality that both portrays and transcends one a specific moment in history. Jemma Payne
There is a lot to like about Thursday – its wholly good performances, excellent music and design, occasionally lyrical and often amusing writing... Marginalia
The sets are superb and cleverly designed to transport the audience to a particular place and time. In the far corner of the stage, composer and musician, Quentin Grant heightens the atmosphere with music and sounds of cinematic quality. Weekend Notes
...people survive trauma every single day, they lose their face or their legs or their loved ones, but they survive and through the process of survival they come to terms with their fate and live on and have done since time immemorial... Popmusicology 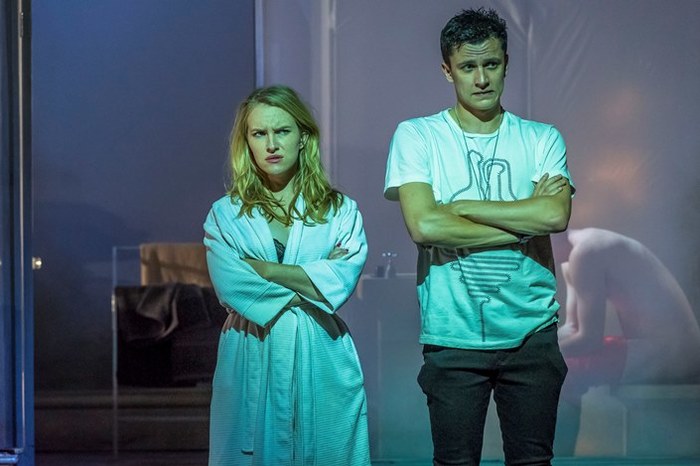 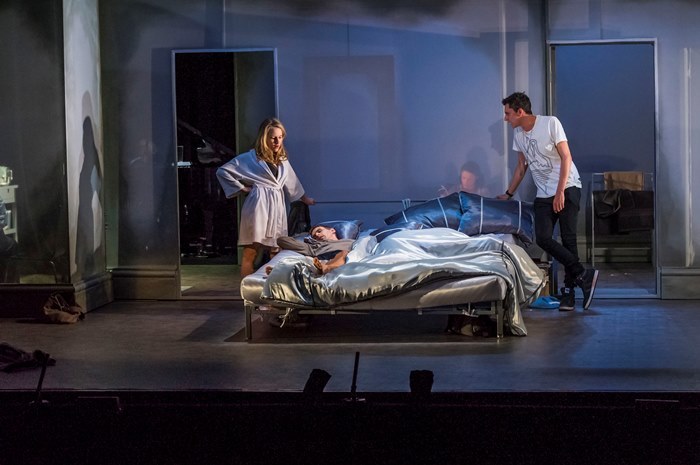 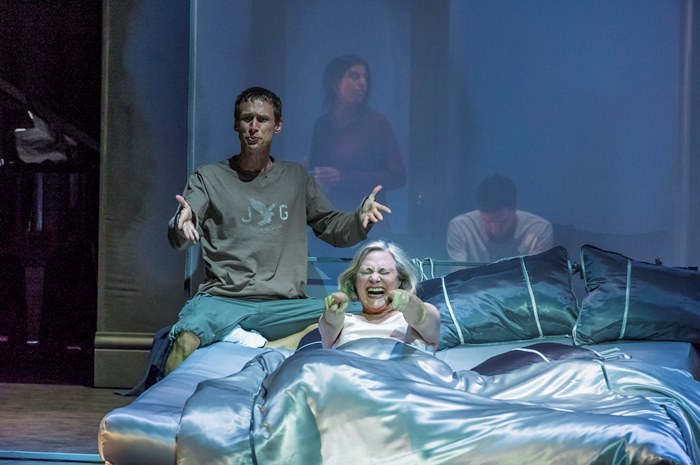 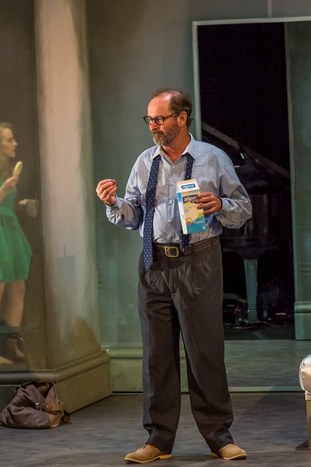 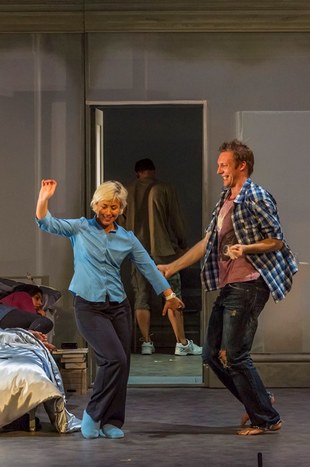 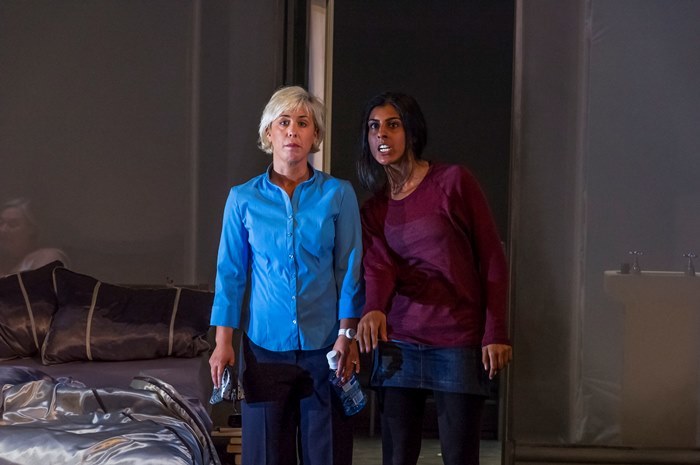 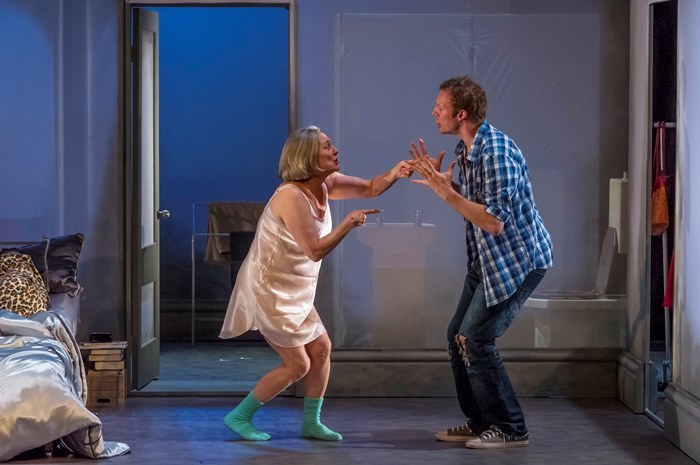 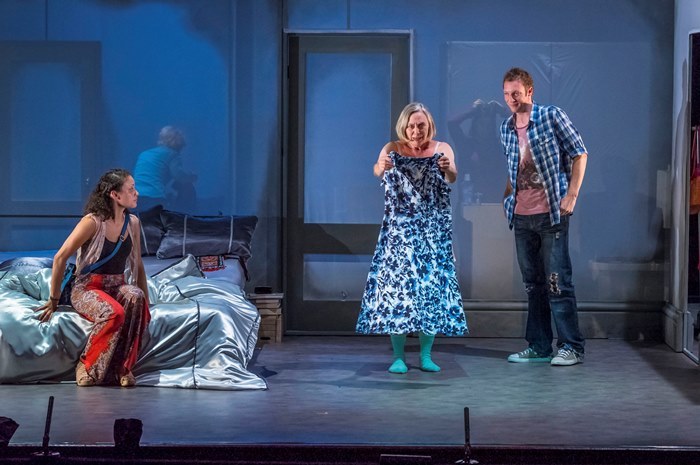 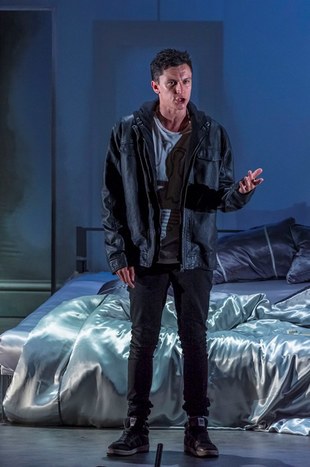 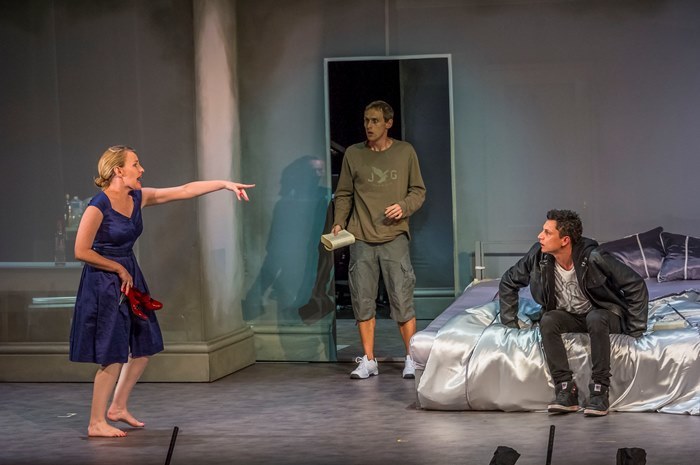 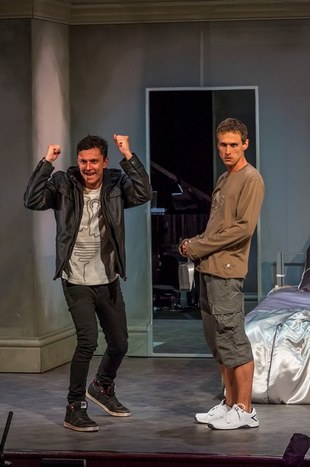 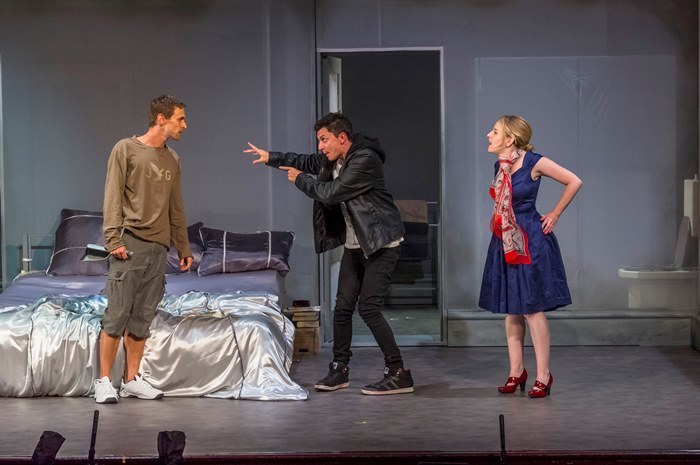 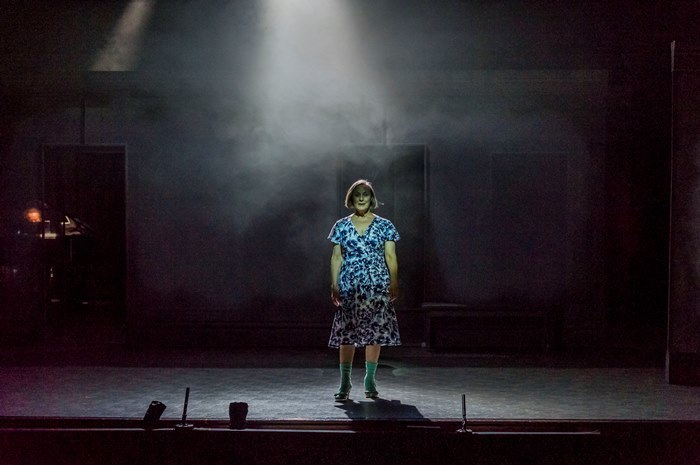 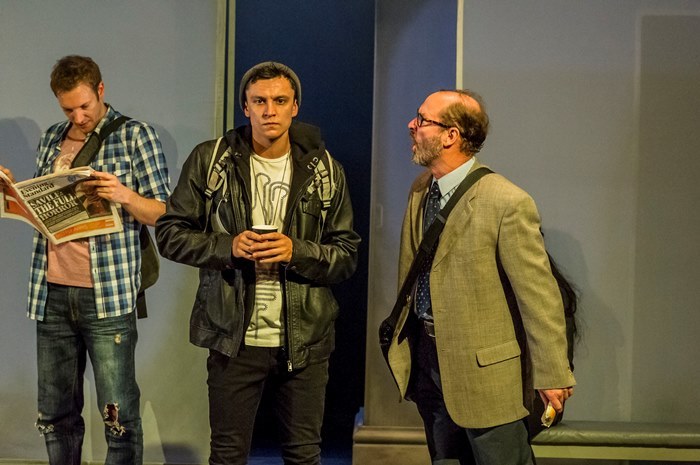 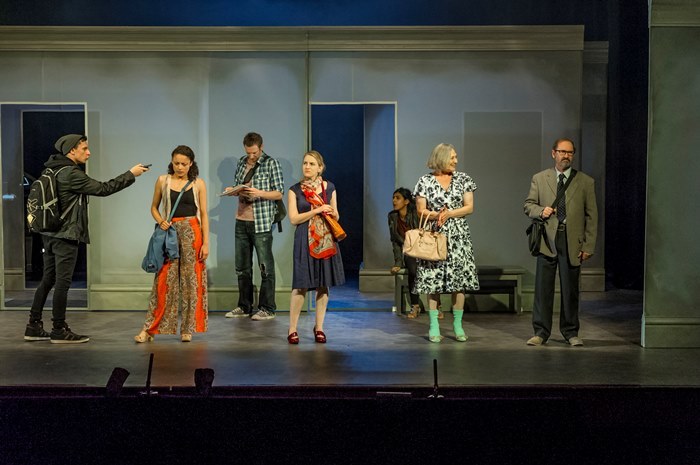 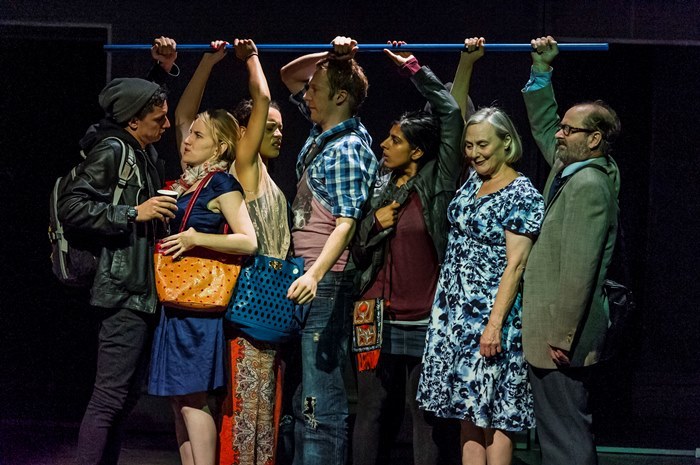 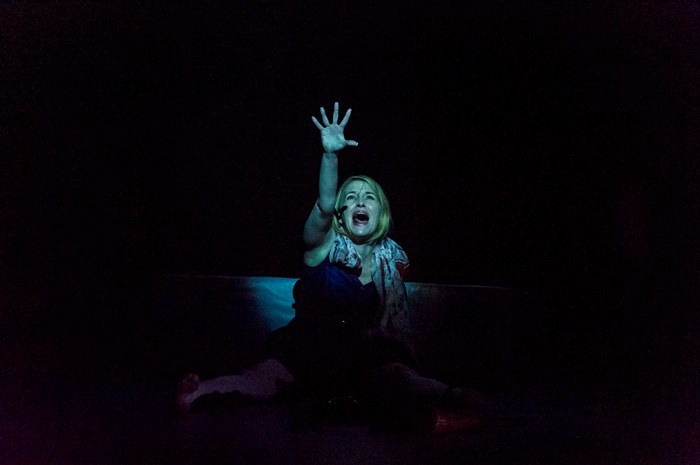 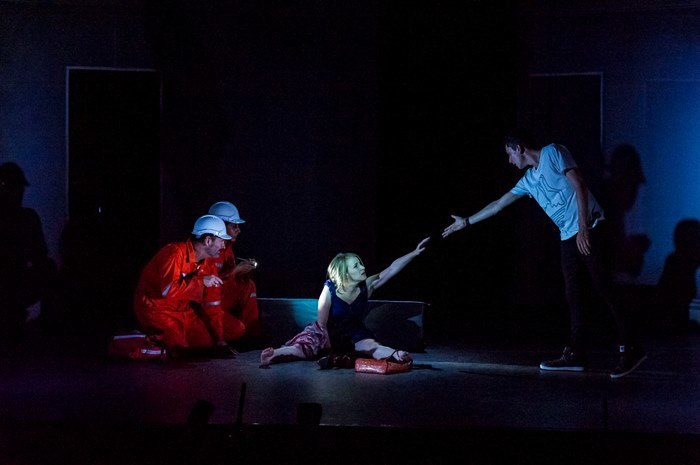 Gill Hicks responds to the show