Orgon leads a blissful, happy life. His extravagant and wealthy lifestyle is perfectly complemented by a marriage to a much younger woman. His daughter is engaged and his son is in love. But when he welcomes the deceptively slick Tartuffe into his family, he unwittingly injects his home with a lethal dose of chaos. Nothing is off limits as Tartuffe exploits Orgon to pilfer his fortune and attempt the seduction of his wife and his daughter. Can the family fight back before it’s too late?

First performed in 1664, Molière’s side-splitting classic combines adultery, betrayal, seduction, lies and deceit with the precisely organised chaos that is known as farce.

Proudly co-produced with the State Theatre Company of South Australia, Tartuffe sees director Chris Drummond reunite with Adelaide comedic favourites Nathan O’Keefe (The Importance of Being Earnest), Paul Blackwell (Volpone) and Rory Walker (Summer of the Seventeenth Doll) for the first time since their collaboration on the scintillating production The Hypochondriac. Molière’s wicked and prescient original will be pulled sharply into the ‘age of entitlement’ by the acid humour of 2014 Jill Blewett Award winning playwright Phillip Kavanagh (Jesikah).

What makes this production so refreshing is its agility. While observing the influential conventions of Commedia, Drummond’s Tartuffe is liberating, spontaneous and extremely funny. Canberra Critics Circle

Phillip Kavanagh’s brilliant adaptation of Molière’s play is a resounding success: the script is a gift for actors with its witty puns, lewd innuendo, modern references and quality satire which shifts seamlessly from light farce to serious drama in a blink. InDaily

They are a well-oiled machine of comic timing: nuanced and self-possessed. Genuinely engaged onstage, their skill generates a necessary lightness to the story. Each member brings a genius to their role and as a troupe they complement one another. Adelaide Review

No student of Moliere nor any devotee of his razor sharp analysis of the human condition should miss Drummond’s production, not because it is a traditional representation of the seventeenth century French comedy but because it sparkles with contemporary relevance. Canberra Critics Circle

Nathan O’Keefe’s portrayal of Tartuffe is breath-taking; he charms the audience with an opening monologue, then reappears as a creepy, untrustworthy Tartuffe, dressed in modest, torn, black priestly garb.  O’Keefe revels in Kavanagh’s dialogue, revolts us all with his lustful advances to Orgon’s wife, achieves moments of pity in Tartuffe’s weakness, then struts the stage with commanding dramatic authority. It’s a performance that will long be remembered. InDaily

The cast shares an incredible on-stage chemistry. The love scene between Mariane and her betrothed Valere (Antoine Jelk) is perfectly timed and purposefully over-acted, and sees comic relief from the impudent maid Dorine (Jacqy Phillips). Guy O’Grady plays Orgon’s imbecilic son Damis with a charming abandon. Pill portrays Elmire as a woman of presence and conviction surrounded by her witless family. Blackwell’s Orgon gravitates towards Tartuffe, needing to be physically close to him, and hanging on every word with a hapless blind faith. Perfectly rehearsed and snappily timed, both the cast and director Chris Drummond must be praised. Glam Adelaide

Tartuffe is an unstoppable force of nature. Every aspect of this production – from Kavanagh’s adaptation, to the opulent set, to the cast – is irresistible. Perhaps not for the easily offended, faint of heart, or weak of mind. Glam Adelaide

The State Theatre Company and Brink Productions’ show is a marvellous fusion of the old and new, offering the cast and crew a chance to display their talents. It is very funny, clever, picturesque, imaginative and inventive, but also immerses the audience in tense drama, leaving us to think about corruption, religion and what ethical code we should choose to live by. InDaily

Commanding in the lead, Nathan O’Keefe is lasciviously reptilian as Tartuffe, the predatory conman, in distressed black jeans and long tunic. With his lank hair he is part Rasputin, part decadent cult patriarch, spinning his pious sophistries and smiling villainies. His faux-impromptu prologue was disarming and his closing speech — Kavanagh’s bold variation on the King’s proclamation — lit up the house. The Australian 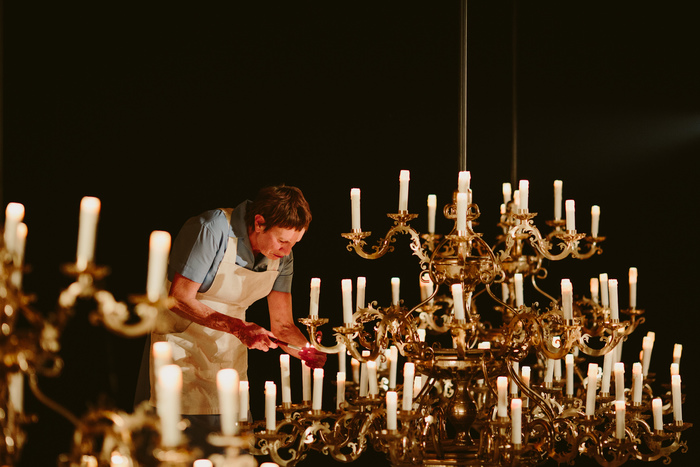 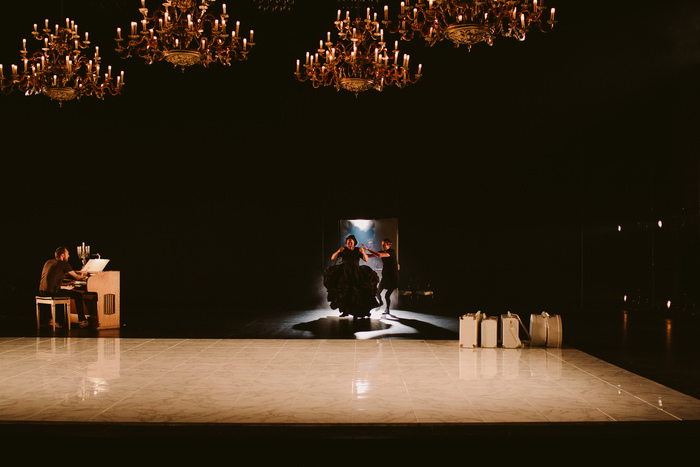 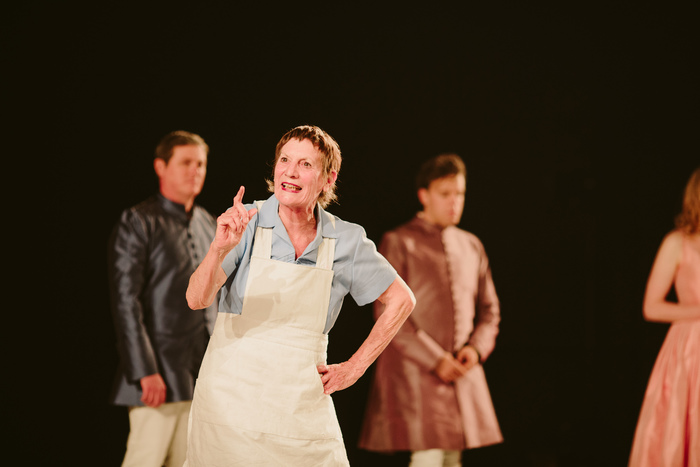 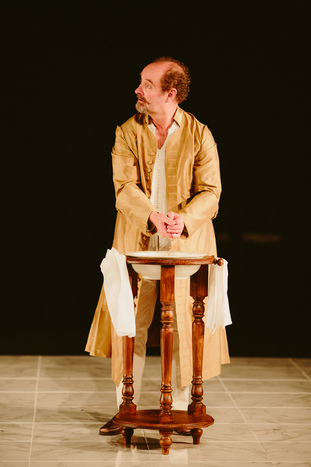 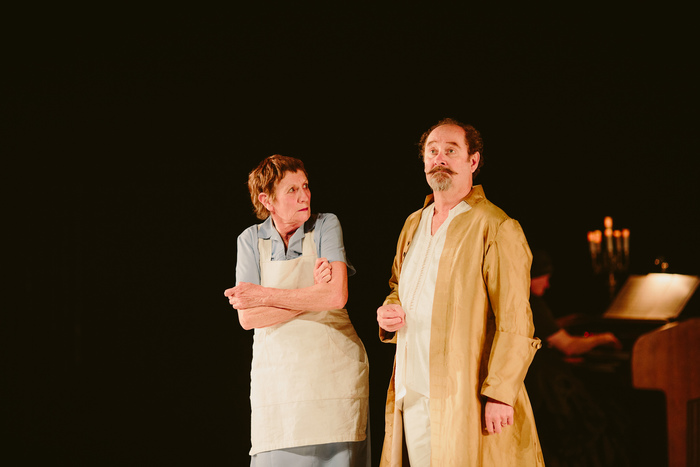 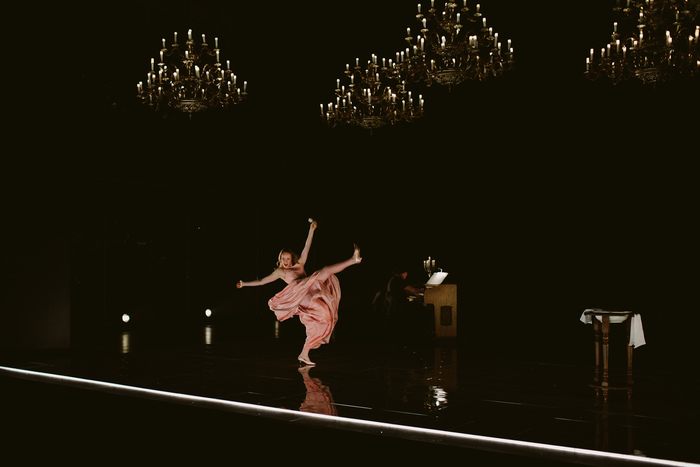 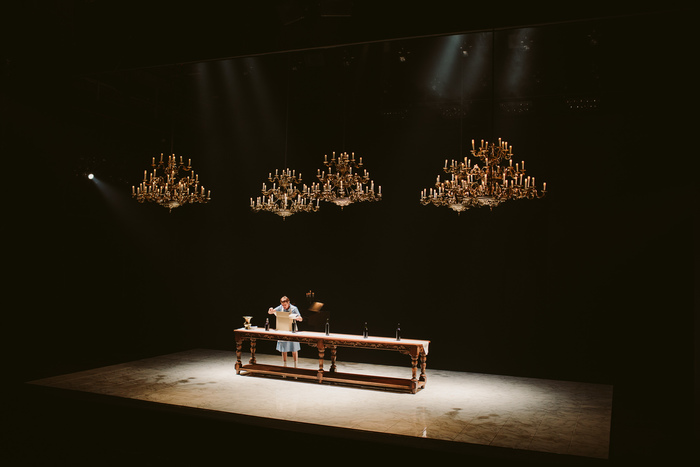 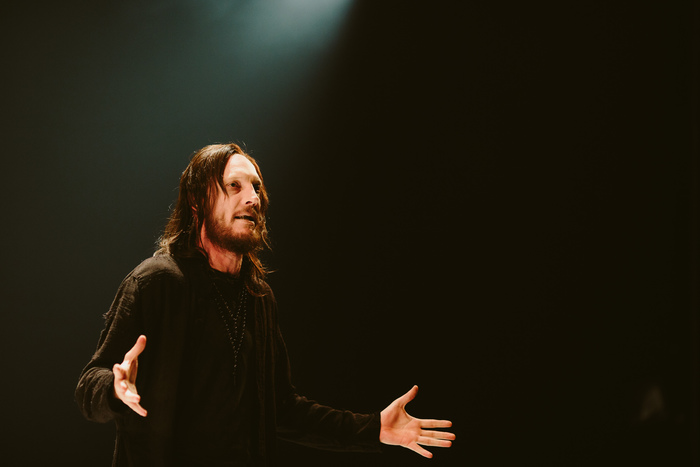 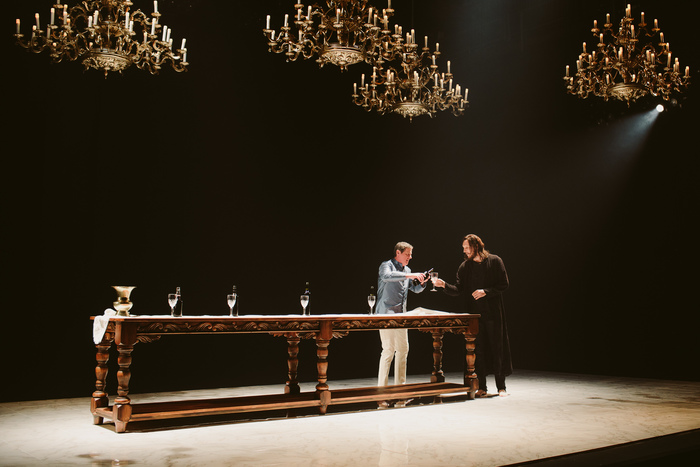 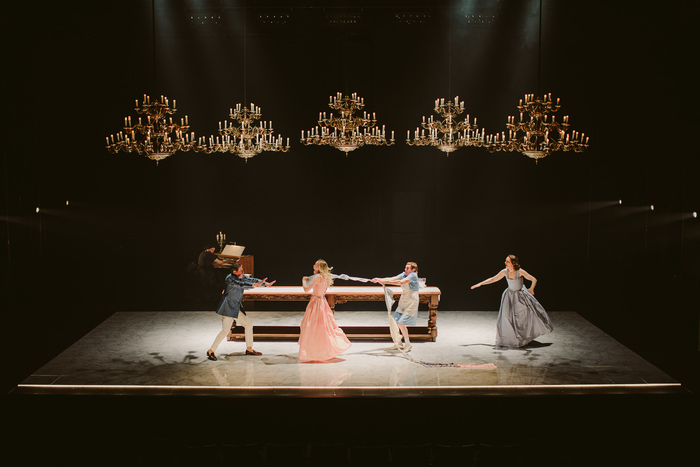 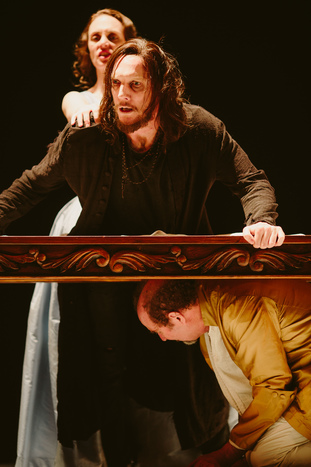 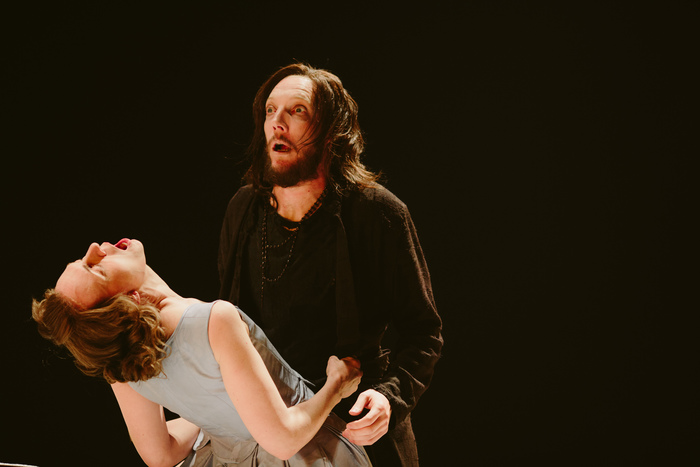 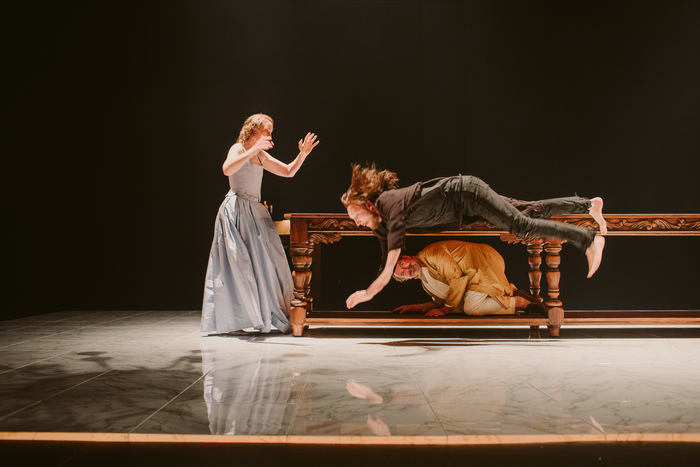 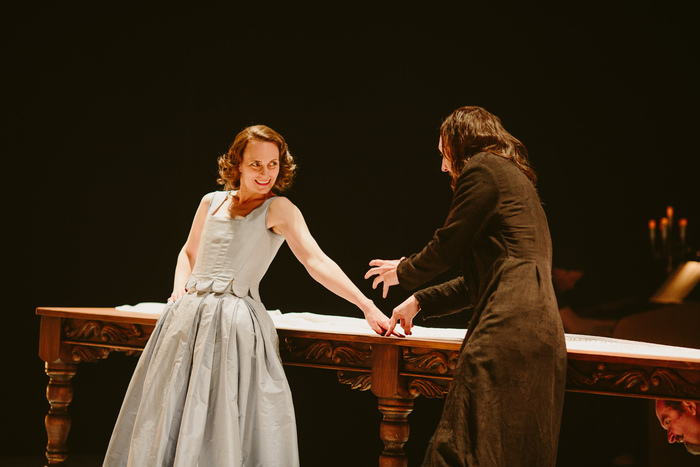 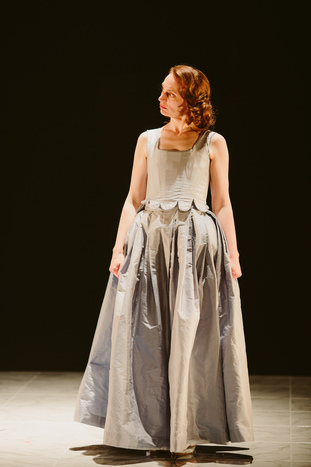 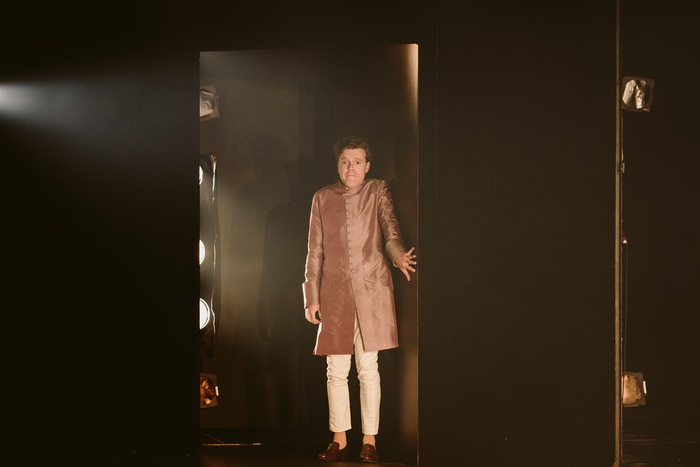 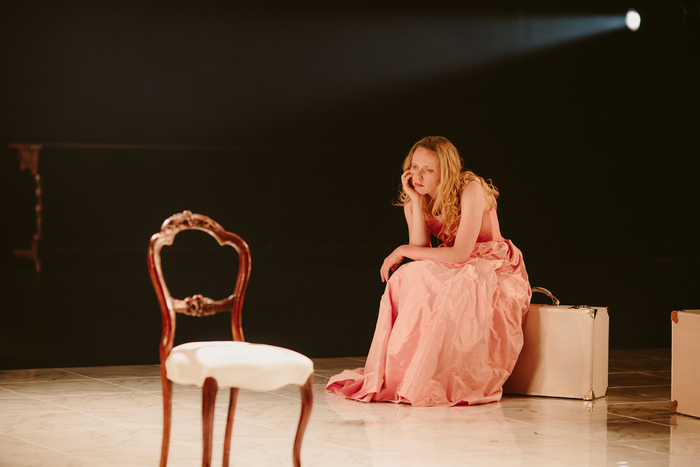 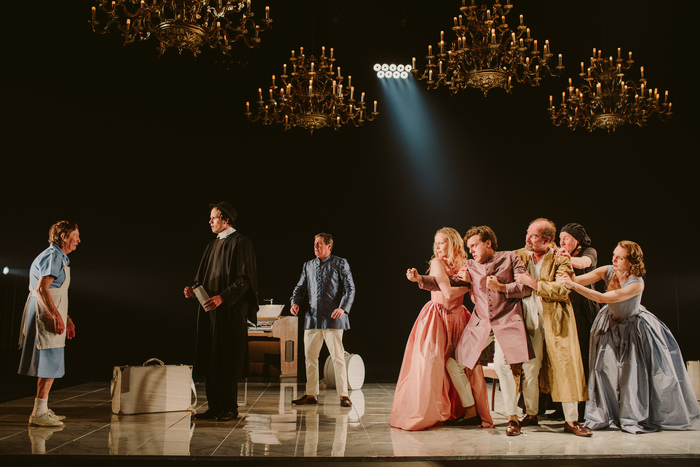 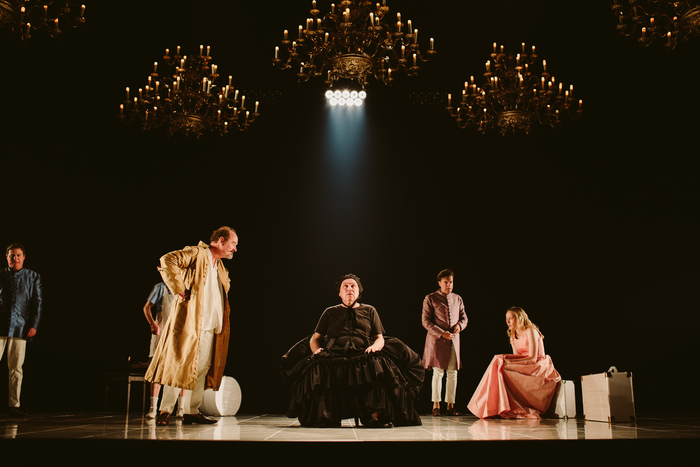 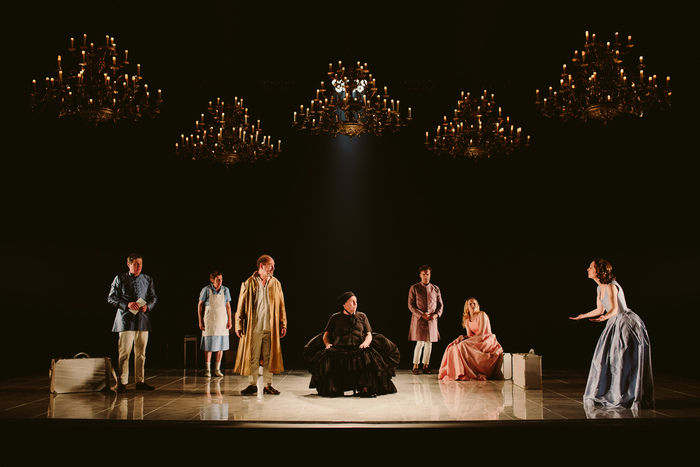 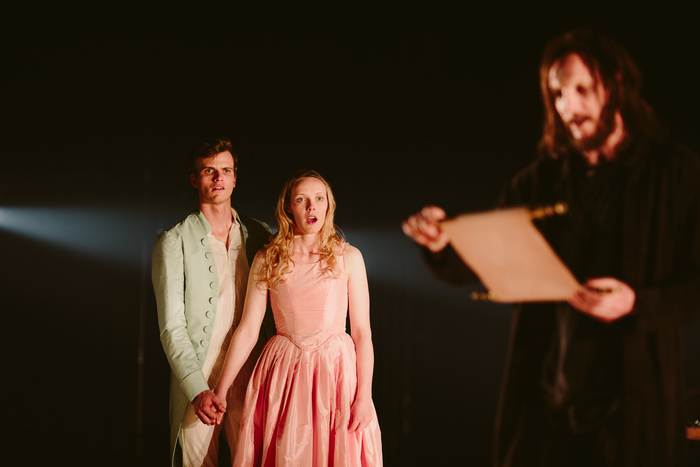 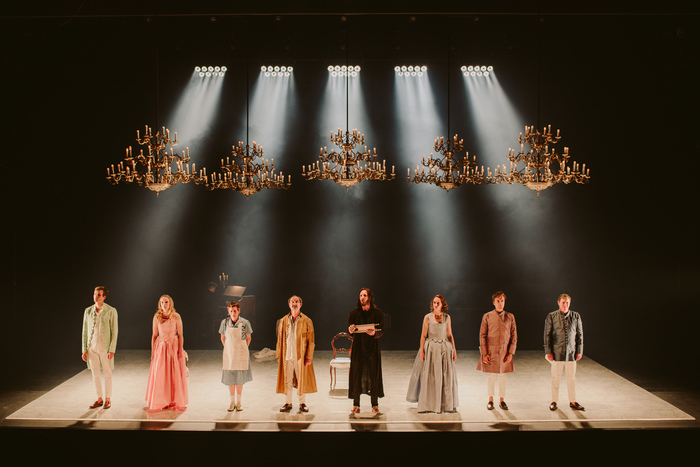